The Michael Sperling Memorial Bird Sanctuary, which was once a littered and battered sump, is now a thriving ecosystem hosting hundreds of native plants and wildlife. Located adjacent from Plainedge High School in North Massapequa, this sanctuary will serve as an educational resource for local environmental stewards and students as well as a memorial to remember Michael Sperling’s legacy. 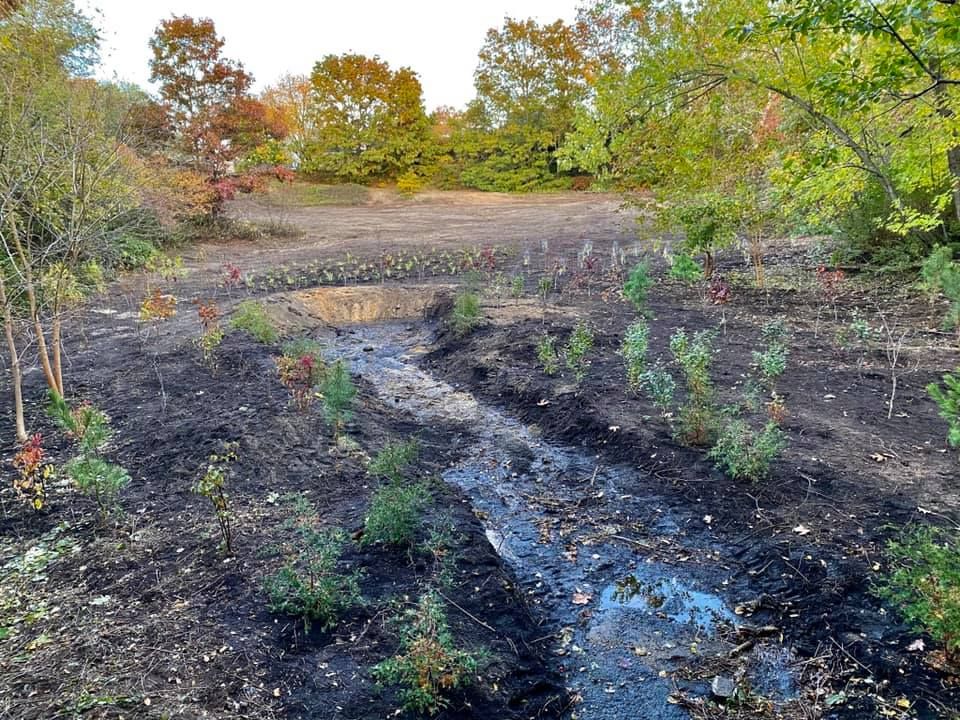 The Michael Sperling Bird Sanctuary was created by converting a Nassau County stormwater basin into a living tribute of native plants and wildlife habitat to commemorate Mike’s many years of commitment as an environmental leader.

Mike had an inquisitive mind and a curiosity that he enthusiastically shared with others. His love for nature began at an early age. His family remembers his early interest in astronomy, when on clear starry nights he would set up his telescope for everyone to use and enjoy. His passions led him to earning his Bachelor of Science in Earth and Space Sciences and Applied Mathematics at Stony Brook University. This love for the universe and all its inhabitants eventually led to bird watching and the South Shore Audubon Society.

Mike became dedicated to SSAS and birding, attending SSAS bird walks and meetings, editing its newsletter, and it was where he was introduced to his life partner, Therese. During the winter, he never missed a day of refilling his bird feeders, no matter how cold out or how many feet of snow on the ground there might be.

Ethical and responsible, Mike was the heart and soul of SSAS for many years. He served as President for almost 6 years, longer than any other SSAS President. He also served 28 years as newsletter editor, as the chair of many committees, and as the de facto historian of the organization. His powers of recall were astonishing. Board members knew that any research Mike presented would be accurate and thoroughly researched.

In addition, Mike served ten years on the New York State Audubon Council Board and was Vice President of the Friends of Massapequa Preserve. He was a champion of conservation at the local, state, and national levels

Professionally, Mike was successful as Codes and Standards Editor for ASME (The American Society of Mechanical Engineers), where he was employed for almost 35 years.

Mike’s work on the SSAS newsletter, the South Shore Skimmer, was legendary: he wrote eloquently on conservation issues and SSAS history and edited articles contributed by others. He also formatted each page and took responsibility for the mailing of as many as 2,100 copies of each newsletter, eight times a year. His work on the Skimmer was so admired that many conservation advocates asked for his help, which he generously provided.

Kind, gentle, and generous are just a few of the many attributes that are used to describe Mike. He always went the extra mile to help a friend and was an inspiration to those who knew him. Hardworking and thorough, he took pride in the work that he did for his community and the environment.

We hope the Michael Sperling Bird Sanctuary will preserve his legacy by continuing the SSAS mission to which he was so dedicated: education, research, and responsible activism to preserve and restore the environment for the benefit of both people and wildlife. 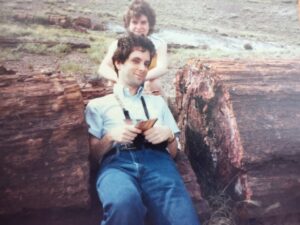 What is a bioswale?

A bioswale is a vegetated channel which allows for the collection, filtration, and infiltration of storm water while removing debris and pollution. As stormwater runoff flows through the bioswale, pollutants are trapped and settled by the plants placed around and along the edges of the channel. Not only does this protect local waterways from stormwater pollutants, it also creates habitat for wildlife, reduces non-point pollution, and requires little maintenance  after establishment.

Here at the Michael Sperling Memorial Bird Sanctuary, Spadefoot Design and Construction trenched around the outfall pipe from the storm drain to create a bioswale and planted a variety of willows and oaks so that in time they’d grow into a natural stormwater barrier as well as a habitat for birds and insects. A second channel was trenched beside the main infiltration pit in case of overflow. If the pit were to overflow, the water would be diverted towards a forest of willows who will appreciate the moisture. This bioswale will be very effective in slowing down runoff, cleansing water while recharging the groundwater table, and creating a habitat for native wildlife.

What is planted here?

Long Island was historically an important Atlantic White Cedar (“AWC”) stronghold as strands were believed to be present in an almost continuous chain from Brooklyn to Montauk, clustered along the Southern edge of the terminal glacial moraine. Due to its durability and high quality of wood, AWC was historically prized as a timber species; timber harvesters even went as far as to “mine” long-fallen AWC logs buried in the peat of AWC swamps. Unfortunately, given the value of AWC as a commodity, AWC has been subjected to heavy harvesting pressure. Furthermore, given their particular habitat requirements, AWC swamps are highly sensitive to alterations of natural hydrology and land clearing associated with suburban and urban development. As such, AWC are now considered to be a globally rare species in need of conservation and management efforts locally and regionally. For this project, a portion of the land proximal to the stormwater outfall was enhanced with the excavation of a channel and a shallow pond at the end of the channel. Excavated soil was then stockpiled around the channel and pond in order to provide berms which was planted with Atlantic White Cedar and co-associated species. We attempted to mimic Atlantic White Cedar Swamp Forest by planting species characteristic of the forest type. These are the plants typically found in AWC (https://guides.nynhp.org/inland-atlantic-white-cedar-swamp/):

Although AWC is an incredibly adaptable species, plants are often subject to windthrow given their relatively shallow root systems. As such, existing oak trees on site are supplemented with species characteristic of Pitch Pine-Oak Forests in order to provide a buffer to the newly established AWC forest. Our planting attempted to mimic the Pitch Pine-Oak Forest which is known to be compromised of the following species. (https://guides.nynhp.org/pitch-pine-oak-forest/):

An ecotone was developed to transition into a habitat that mimics a Hempstead Plains Grassland. A portion of the grassland area is planted and another portion seeded with characteristic species. We have already procured LI ecotype plants that are characteristic of the habitat type from the Long Island Native Plant Initiative. The Hempstead Plain Grasslands are known to be compromised of the following species (https://guides.nynhp.org/hempstead-plains-grassland/):

American Chestnut was once one of the most ubiquitous tree species in the eastern United States. Unfortunately, in the early 1900’s, an introduced fungus caused a Chestnut Blight that decimated these populations. American Chestnut is now functionally extinct, and has been largely relegated to scattered sucker growth in the understory. Fortunately, researchers at SUNY ESF have produced a blight-resistant, transgenetic chestnut tree, which is nearing the end of a long regulatory review process. Through a collaboration with the American Chestnut Foundation and Save the Great South Bay, we have pollinated LI Ecotype Chestnuts, grown out seedlings, and are now establishing mother orchards for the production of blight resistant/LI ecotype plants. Save the Great South Bay is honored to provide material for a mother orchard which is planted at the Memorial Bird Sanctuary.

The Michael Sperling Bird Sanctuary attempted to mimic the ecosystems of the Atlantic White Cedar Swamp, the Pitch Pine-Oak Forest, and the Hempstead Plain Grasslands. The sanctuary is compromised of the following species:

Donations can be made via check payable to South Shore Audubon Society with “Michael Sperling Memorial Fund” in the memo line. All checks can be mailed to P.O. Box 31, Freeport, NY 11520.